Noteworthy Sheet Music is delighted to offer contemporary works by the following composers: 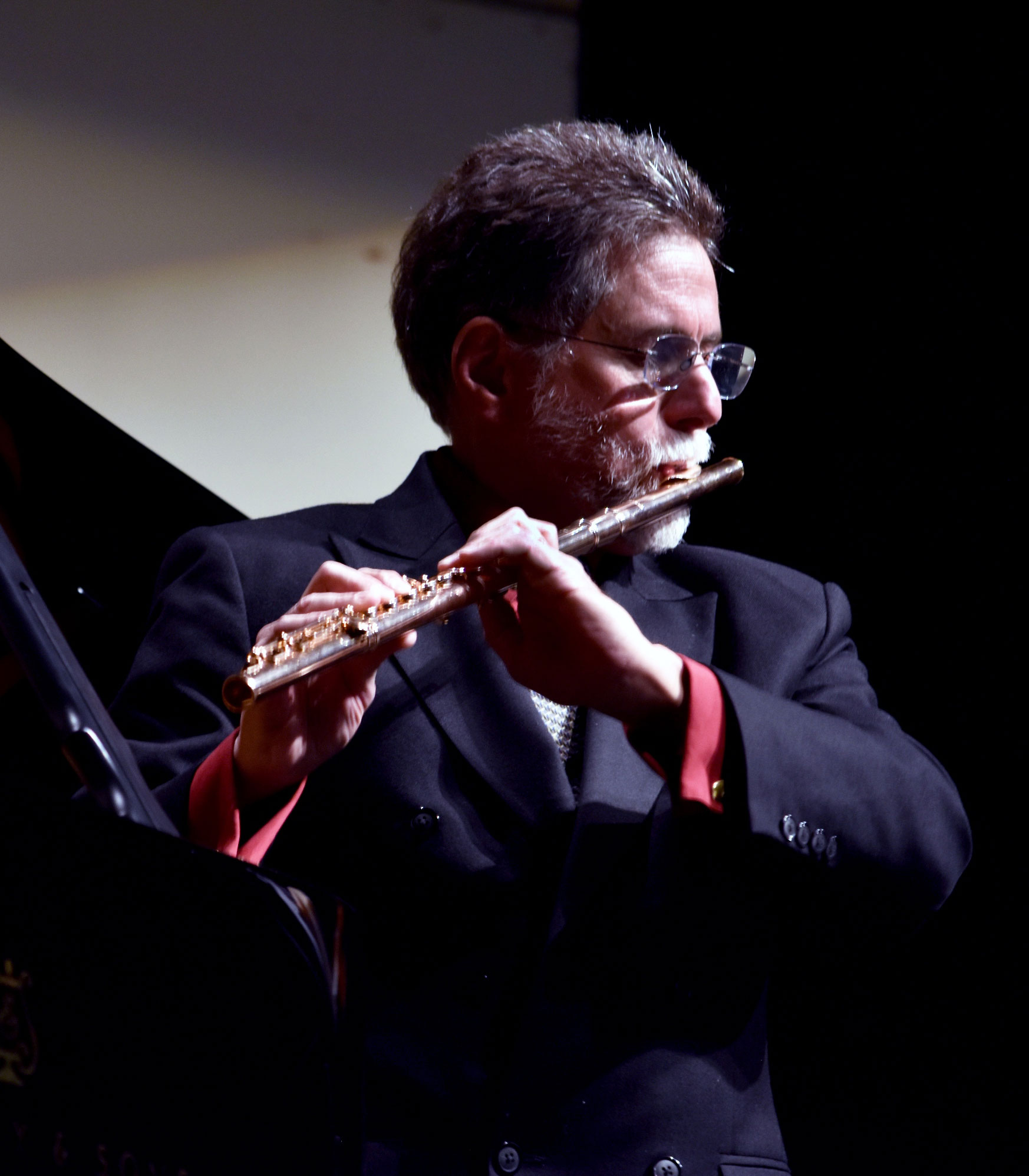 Peter H. Bloom, flute, concertizes in North America, Europe and the Far East; is featured on more than 45 recordings; and is a winner of the American Musicological Society’s Noah Greenberg Award. He performs chamber music from the Renaissance to the 21st century with Ensemble Chaconne, Ensemble Aubade, The Karl Henning Ensemble, The D’Anna Fortunato Ensemble, and others.  He is a noted jazz artist, veteran of the internationally acclaimed Aardvark Jazz Orchestra (47th season) and the FiLmprov Ensemble (23rd season), and founding member of The Modernistics. The Boston Globe called his playing “a revelation for unforced sweetness and strength,” while Jazz Improv hailed his “exquisite melody…the improvisations growing organically out of the theme,” and ArtsFuse wrote, “His solos on flute and amplified flute are always highlights of a performance.”

Mr. Bloom has given lectures, workshops and master classes across the globe on such wide-ranging topics as historical performance, new music, jazz standards, and improvisation. He has served as historical performance consultant to The American Museum in Britain, The New-York Historical Society, The American Antiquarian Society and The Museum of Fine Arts Boston, where he has given numerous lecture-demonstrations and recorded for the audio guide to historical woodwinds. A former board member of The James Pappoutsakis Flute Competition and the Society for Historically Informed Performance, he holds an MM with distinction in flute performance from New England Conservatory of Music and a BA (philosophy) from Boston University.

Among his many recitals and chamber music concerts, Mr. Bloom has performed for The National Gallery in London, Animusic Portugal, The Goethe Institute in Bangkok, The New Zealand School of Music in Wellington, University of Canberra College of Music (Australia), Payap University in Chiang Mai (Thailand), The Yale Center for British Art, The Metropolitan Museum, Atlanta's Spivey Hall, The American Musical Instrument Society, The National Flute Association, The Shakespeare Association of America, The Bach Festival Society of Winter Park Florida, The New York Flute Club, the Royal Shakespeare Company Residency at Davidson College, and the National Gallery of Canada in Ottawa.

Mr. Bloom’s career in jazz encompasses free improvisation, jazz standards, blues, bebop and the avant-garde. He has appeared with Charles Neville, Jaki Byard, Sheila Jordan, Geri Allen, Ricky Ford, Walter Thompson, Raj Mehta and other notables. A veteran with the internationally acclaimed Aardvark Jazz Orchestra, Bloom has performed with the orchestra at hundreds of venues and appears on all of Aardvark’s 15 CDs.   With members of Aardvark, he recorded improvised music for the National Film Preservation Foundation’s DVD series Treasures from the American Film Archives, which The New York Times called “one of the best sets of the year.”

An extensive discography includes recordings for SONY Classical, Dorian, Leo Records, Newport Classic, 9Winds, North Star, Americas Musicworks, Soundjewel, and other labels. Mr. Bloom appears with pianist Mary Jane Rupert (The Duo “2”) on two discs from Navona Records that feature works by Elizabeth Vercoe: Butterfly Effects (“stunningly beautiful” – Cinemusical) and Kleemation and Other Works (“outstanding in every respect, an artistic masterwork” – IAWM Journal). He was executive producer and soloist in D.C. Hall's New Concert and Quadrille Band's recording Grand Concert!, praised by Gramophone: "Clean playing and careful ensemble are the keynote...Hall's Band meets the challenge with precision and spirit." (Dorian, re-released on Americas Musicworks). Other recordings include Hall's Band’s Union and Liberty (music of the American Civil War, Dorian), Measure for Measure: Music of Shakespeare's Plays (Ensemble Chaconne, Americas Musicworks), and Take Me Out to the Ballgame (music of baseball 1858-1913, with mezzo-soprano D'Anna Fortunato, SONY Classical). Mr. Bloom can be heard on 15 CDs by The Aardvark Jazz Orchestra, including American Agonistes on Leo Records ("a stunning hour of music that is in turn beautiful, poignant and raucous" -- Billboard.com). He is featured on A Rite for All Souls (The Mark Harvey Group, Americas Musicworks, July 2020) presenting a long lost recording of the trail-blazing ensemble from 1971. He can also be heard on the acclaimed compilation CD The Boston Creative Jazz Scene 1970 - 1983 (Cultures of Soul, 2016). 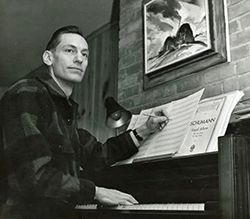 Biography contributed in Sept. 2017 by Gale Finlayson, daughter of the composer:

Born in Burlington, VT in 1919 (the year of the great influenza epidemic, which took the life of his father), Walter spent his childhood in New Britain, CT with his new "father." There he showed a decided interest in music; he learned drumming in the Boy Scouts and experimented with piano, thanks to a kind neighbor. He learned to twirl a baton with exceptional dexterity, and after the family moved to Katonah, NY, in 1934, he won many talent shows for this skill. Still in high school, he organized a dance band called "The Astronauts" with youth from local high schools. Together with a jazz-loving buddy, he attended many dance band performances in the area, in CT and as far down county as Birdland. It has been claimed that when Walt was only 16 the great Cab Calloway invited him to go on tour with his all-black band; my grandmother declined that offer...

As soon as he graduated from Ithaca College, he enlisted in the US Naval Reserve and was stationed at Newport, RI, while his ship, the ALASKA, was being built. At Newport, he not only played in the USNR dance band, seated next to the already-famous Artie Shaw, but also served as rehearsal conductor for the band and even led a 300-voice military chorus. While aboard ship—as a practical joke—he arranged the Marines' Hymn as a snazzy jazz number!

After the war, he returned to his home town of Katonah where he was offered the job of music teacher at his old high school; this entailed conducting the band, chorus and orchestra. Naturally, with so many eager students at his disposal he began to compose for those various groups. An avid music educator, he inspired many students over the decades to pursue a career in music. When John Jay High School was formed to meet the demands of two growing school populations, he moved to the new campus in 1956 to conduct the band and give music lessons. He remained there until he retired in 1974, but not before he had created a student Dance Band which performed at dances and assemblies to great acclaim. He even collaborated with the head coach to have a class in the Dances of the Big Band Era. CBS news from NYC sent up a crew one year to film students dancing the jitterbug in the gymnasium during their lunch break. Walter remained a Jazz fan all his creative life and sought to inspire successive generations to be the same!
----------------------------------------------------------------------------------------------
http://finlaysonfiles.com/ 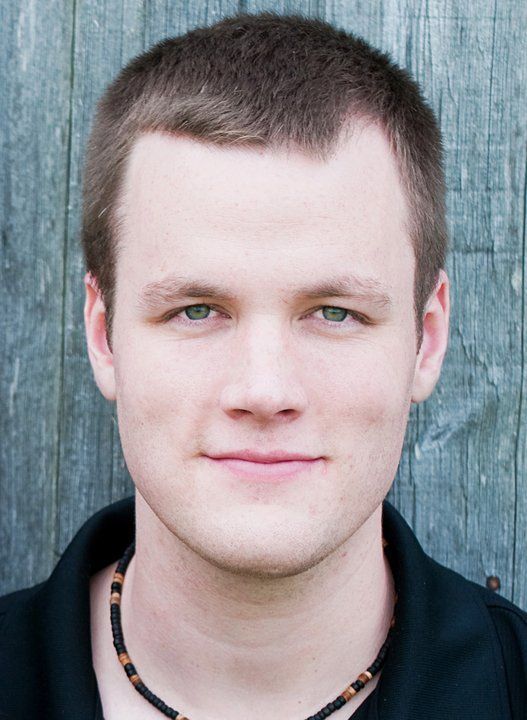 Peter Van Zandt Lane is a widely performed composer living in New England.  His music is fresh and genuine, frequently high-energy and dramatic.  His instrumental music, in particular, often engages technology and its influence on art music in the 20th and 21st centuries through the use of live electronics and/or fixed-media.  His music has been characterized by its "propulsive rhythms" and "surprising lyricism" (Boston Musical Intelligencer), hailed for its ability to appeal to musicians and audiences "no matter their personal musical aesthetic" (Asymmetry Music Magazine).

Mr. Van Zandt Lane holds degrees from Brandeis and the University of Miami Frost School of Music; and studied composition with Melinda Wagner, Eric Chasalow, and David Rakowsi, and bassoon with Luciano Magnanini.  He completed a PhD in Music Composition and Theory at Brandeis University.  Currently he serves as Visiting Assistant Professor at the University of Florida.